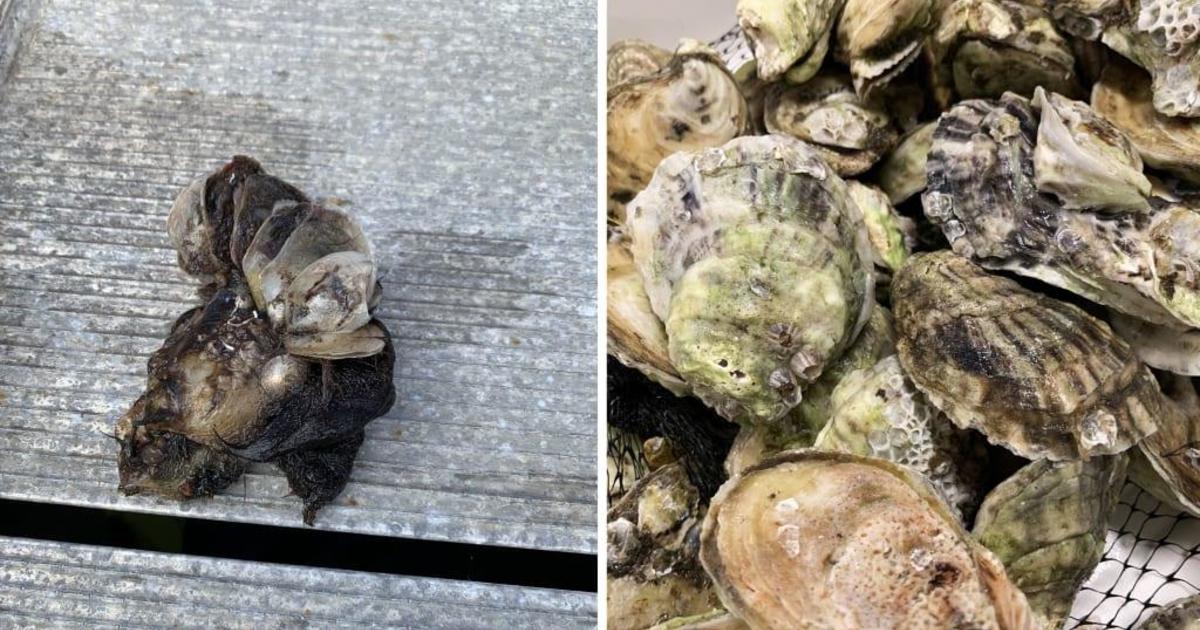 Researchers from Florida International University published a new study on Wednesday that the mollusks from Biscayne Bay, Marco Island and Tampa Bay have contaminants known as perfluoroalkyl and polyfluoroalkyl (PFAs) and phthalate esters (PAEs). PFAs are manmade chemicals that don’t break down in the environment. They’ve been found in a range of industry goods, including cosmetics and non-stick cookware.

According to the Environmental Protection Agency, PFAs have been found in the blood of both people and animals across the world, and said that studies show that some forms of PFAs could be linked to “harmful health effects” in both humans and animals.

Of the 156 oysters that the FIU researchers studied, every single one had these contaminants. The findings were published in Science of the Total Environment.

“I wanted to look into what we’re eating and if it might be contaminating us,” lead author Leila Lemos said in a statement. “These findings are definitely a red flag, especially for areas like Biscayne Bay.”

Researchers said this means that Biscayne is likely so contaminated that the oysters there are being bombarded with high concentrations of PFAs and PAEs. That over saturation in the water is making them accumulate contaminants more quickly.

That bombardment of the chemicals is also likely the reason for the Biscayne Bay oysters’ small size, as they are likely interfering with growth. Researchers found that oysters that had the highest concentrations also had the thinnest shells.

As far as the risk to humans, Lemos said that the risk is low – but that’s just based on the four types of PFAs and four PAEs compounds they studied. There are thousands of different PFAs.

And while these oysters alone might not pose a significant risk, they are just one of several sources of these “forever chemicals” that people encounter every day. Therefore, the study says, “the risk of contaminant exposure is likely higher.”

These chemicals have also been found in fish, dairy products, food packaging, fire extinguishing foam, and even the air. Researchers have found that more than 200 million people in every U.S. state could also have these toxic chemicals in their drinking water.

The EPA has noted that exposure to certain levels can interfere with hormones and lead to fertility issues, developmental delays in children and an increased risk of cancer, among other things.