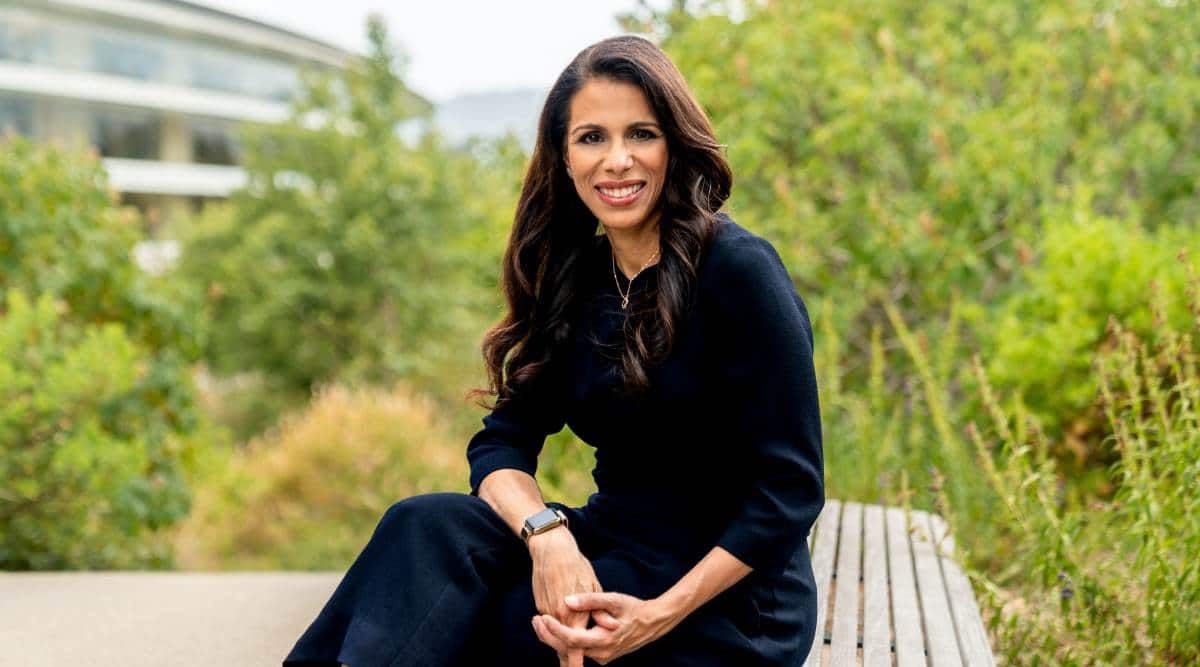 If the rebel within her had prevailed, Dr Sumbul Desai would have been a journalist or a media honcho. But after many pivots in her career, the Sweden-born with Indian roots is now one of the most influential women in global tech — as Apple’s VP-Health.

“You’d never think that all of those stops you are going to make are going to help you with your ultimate role. All that learning ends up putting you exactly where you should be,” Desai told The Indian Express on video call from California.

Desai joined Apple five years ago to strengthen the Cupertino-based tech giant’s foray into personal health technologies. Before that, she was Vice Chair of Strategy and Innovation in the Department of Medicine at Stanford Medicine as well as Associate Chief Medical Officer at Stanford Healthcare.

And yet, those early stints with the Walt Disney Company and ABC News still stand out in her impressive resume. “My parents wanted me to be either a doctor or an engineer,” says Desai. Echoing millions of Indians across the world, her parents, who moved from India to Sweden and then the US, were no different when it came to their children, she points out.

“(But) I always wanted to do something more than that and so when I started my undergraduate career, I was initially hoping to go to a bachelor’s program in liberal arts. I’d also gotten into a six-year Bachelors of Science in MD program, which is very rare,” she says. “I did not want to go and, when I was going through the application process, gave smart-alec answers hoping the admission officers wouldn’t take me seriously.” That strategy didn’t go as planned. “That probably made me sound well rounded…I got in.”

AppleÕs vice president of health Sumbul Ahmad Desai talks about new Health features coming to iPhone and Apple Watch, as seen in this still image from the keynote kicking off WWDC22. (Photo by Apple Inc.)

But though she joined Rensselaer Polytechnic Institute, a reputed technological research university in New York, mostly because her father was really keen, she did not do particularly well in the first semester. “I was not trying very hard.” That’s when her father gave in and told her to do what she wanted. “I changed my major to Computer Science with a minor in Communications.”

That’s how Desai’s career started with the media industry where she transitioned to the business side and worked on strategy. Then came another twist when, in August 2001, she was visiting her family in New York and her mother suffered a stroke. “She went immediately into a coma and was critically ill in the ICU on a ventilator. For me, that day, life fundamentally changed,” says Desai.

A month later, when ICUs in the city had to be cleared to make way for 9/11 survivors, she had to take care of her mother in a rehab facility. “One of the pieces of advice that one of the physicians had given me on the way out was you have to empower and really advocate for your mother because she can’t,” says Desai, adding that her mother was in hospital for a year and had to relearn everything from walking to breathing.

“That changed my perspective on healthcare to see that when it comes together in a really beautiful way, it can really be a multi-faceted journey. It also is very much a collaboration across many disciplines… The outcome can either be really good or the collaboration doesn’t work. That was the driving force why I decided to go back to medical school later in life,” she says.

Medicine also revived her link with India after she had interned at Doordarshan and Times of India for her minor. “At Escorts (Now Fortis Escorts) in Delhi, I spent the day with some cardiologists, then at Holy Family, and also with a nephrologist who had a private practice.” The complexity of cases she saw in the hospitals of Delhi “solidified” her desire to go into healthcare “because part of why I wanted to (do that) was how do you give back to people and how you have an impact”.

Desai is aware that though she was born in Sweden and spent most of her life in the US, the connection with India is a big part of who she is. “My mother is from Delhi and my father grew up in UP, near Meerut. We come from a family of very proud Indians. We used to go back to India almost every other year growing up. When I was younger, it was almost every summer and then as we became a little older, it became every other year.”

Desai says those visits to be with her grandparents also made her more grounded. “Whenever you go back, you really go back to your roots and it grounds you, you always come back a little bit more grounded. There’s something about the culture, the people… that’s something that I like really long for and I miss,” she says.

She is quick to add though that this could also be a romanticised view of reality since “obviously, the world is changing there, too”.

Although she had rebelled against her parents’ wish to see her as a doctor or engineer, Desai now appreciates what they were trying to achieve. “The one thing that I’m blessed with is that as a woman, and especially as a Muslim woman, my parents always felt that I should be independent and be able to support myself. It was never like you have to go off and get married…it was very much you need to have a career and support yourself and find a stable way of doing that. And to them, that was engineering and medicine.”

As for her current role in Apple, Desai says her experience in communication helps. “The ability to communicate is really critical, because you want to be able to take very complex topics and figure out how to distill it down in a simple way so that it’s understandable,” she says.

The Apple Health team spends “a lot of time obsessing about how we simplify the message that the individual gets so they really understand in the moment what we are telling them”. She says that is where the ability to take complex messages and simplify it as a physician is “incredibly valuable”. “I think all of my experiences amounted to being able to drive our teams to do that in a meaningful way.”

As someone who has been working on tech that alerts millions of people on their health status based on data their body generates, Desai says it’s an “honour” that people choose to use these devices every day. She says it is about empowering individuals to feel they are in control of their health. “…privacy is central and the core to everything we do so that the individual owns the data on their device, and is in control of that data. That’s also part of the empowerment,” she says.

Desai is clear Apple does not want to provide information for information’s sake, “because that doesn’t do anything”. “We want the individual to not just have an understanding of the scientific backing of these actual insights, but also the medical community because we really believe that partnership is really sacred and we want to enrich that partnership so that you have more information so the practitioner can rely on it from a scientific basis, has more information to understand what’s going on with an individual,” she says.

Desai teaches “at times” in Stanford and has helped with Covid-19 work. But those “little data moments” in Apple continue to fascinate because they are “almost like snapshots and pictures like you take pictures of your everyday life with the camera”.

“Along with the traditional clinical metrics, it just gives us more of a comprehensive data set to be able to potentially make clinical decisions. Our devices are never meant for diagnosis. What they are meant for is additional screening, or additional information so that you can make more actionable decisions,” she says.

Despite the huge advancements in health tech in recent years, especially because of the pandemic, Desai says there’s a lot more to be done. “As advanced as technology is, when it comes to technology and healthcare, we are still very early in our journey…But I do think an individual now feels more empowered about asking the right questions.”