Monkeypox: Should India be worried? 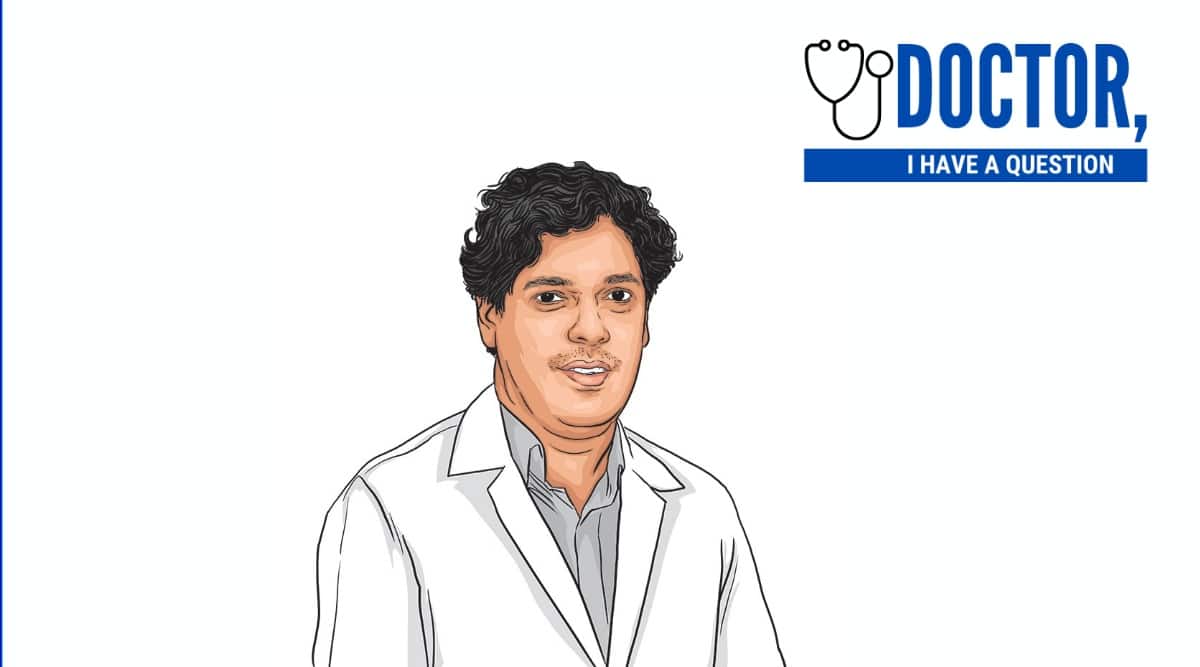 Dr Limaye is a member of Indian Medical Association (IMA) and Indian Society of Electro-cardiology. He has expertise in dealing with Joints and Musculoskeletal Disorders,Type 1 Diabetes, Head and Neck Infection Treatment, Gastritis Treatment and Detoxification and so on

How widespread is the Monkeypox outbreak globally?

Monkeypox is a viral infection, similar to smallpox, and is endemic in the central and western regions of Africa. Since the infection spreads through skin-to-skin contact, human and animal trade and travel routes between Africa and other parts of the world are likely to have enabled the spread of infection.

As per the latest reports, over 14,000 cases of Monkeypox have been reported across all six regions of the World Health Organisation (WHO) as of July 21. The numbers have more than doubled in the past one week alone, with the infection spreading to six more countries and infecting 8,000 people between July 15 and July 21. India, as we are aware, has reported two cases, both in men between 30-40 years who returned from Middle-Eastern countries.

However, unlike Covid-19, Monkeypox is a well-understood virus, with definite preventive and therapeutic guidelines. Moreover, the spread of infection occurs through skin-to-skin contact with humans or animals and since the carrier always has visible, apparent symptoms, it is relatively easier to contain and eliminate the chain of infection. To a lesser extent, the transmission can also occur by respiratory droplets but it requires prolonged (more than three hours) and close contact.

How fast does Monkeypox spread and should India worry?

As per available evidence, the virus spreads through skin-to-skin contact and transfer of contaminated bodily fluids such as saliva, semen and respiratory droplets and contagions through rash and blisters. Thus, the spread of infection is limited to families and social networks where close contact is common.

Surveillance of the recent outbreak of Monkeypox has revealed an atypical transmission mode —men having sex with men (MSM). However, it is vital to understand that Monkeypox is not predominantly a Sexually Transmitted Disease (STI).

Most importantly, the patient is not highly infectious during incubation or post-scabbing period, offering the virus a limited period to spread. This trait of the virus gives India enough time to set up necessary surveillance systems to stop the spread of infection. Due to Covid-19, states with heavy traffic of international passengers have efficient triaging protocols in place and it’s unlikely that the infection will spread at alarming rates in India.

What are the clinical features of Monkeypox?

The incubation period of Monkeypox is between five and 13 days. The earliest symptoms are fever, headache, lethargy and backache which last a day or two. This is followed by a macular rash, which further develops into papules, which are noticeable pimple-like mounds. These then develop into vesicles or blisters, which may fill with contagious whitish pus-like liquid. Anywhere between two and five weeks, these pustules begin to dry, scab and fall off. The infection can also be associated with lymph node enlargement.

Available patient data shows that in the ongoing outbreak, the rash or blisters begin and remain in a particular area, commonly around the genital region. Hence the rash may not be visible and prove to be a surveillance hurdle for authorities. Monkeypox can cause complications of secondary infections like bronchopneumonia and sepsis, encephalitis, corneal involvement with visual loss.

Again, these are all known symptoms and contrary to social media myths, the virus has not mutated. Yet, scientists across the world are collecting more information on the virus through genome sequencing and virologists will study the results to offer concrete resolutions.

What is the treatment for Monkeypox?

Most patients have mild disease and recover without medical intervention. For the seriously ill, supportive care is necessary until the patient recovers from the infection. Certain antiviral medications like Tecovirimat are available for treatment of smallpox in the US and are likely to be efficacious against Monkeypox as well.

It is mandatory for healthcare providers to test or treat Monkeypox patients in full PPE, including a gown, N-95 mask, goggles and double pair of gloves to prevent the spread. Upon the onset of symptoms, blood, urine and rash/blister samples of the patient are used for DNA-PCR and other tests to diagnose the infection. The patients get better within a month’s period but need active isolation to limit the chances of spread.

How to protect yourself?

The two-year-long experience of Covid-19 preventive measures is extremely valuable in protecting yourself from monkeypox. Social distancing, hand hygiene and masking are equally efficient in monkeypox prevention.

Reduce the risk of exposure by avoiding contact with individuals or animals who have recently travelled to the outbreak regions. Even exposure to any material that has been in contact with the sick person can multiply the chances of infection. In case of accidental exposure, use soap and water or alcohol-based sanitisers to disinfect your hands. Most importantly, all healthcare workers are mandated to use a full PPE suit while testing or treating Monkeypox patients.

The Centre for Disease Control and Prevention (CDC) advises vaccination for certain high-risk contacts or exposure with Modified Vaccinia Ankar (MVA) vaccine, which is primarily used for smallpox vaccination.

Metro cities have the busiest international airports in India. What suggestions do you have for the authority to contain the spread from possible infected international fliers?

There are no known cases of asymptomatic carriers of Monkeypox, hence preventing the virus’ import is easier as compared to other infections such as COVID-10 or SARS virus. Travellers from endemic regions such as Central and Western Africa or now, all the 71 countries where the outbreak is reported, should be screened clinically for fever and rash that resembles monkeypox. It is also the responsibility of travellers to proactively declare their symptoms.

At present, PCR-based diagnostic tests of Monkeypox are not commercially available in India and can prove to be a financial burden if implemented on a large scale. Hence clinical diagnosis will be key to preventing a Monkeypox outbreak in India.

What should be the containment protocol in case of the spread of Monkeypox in an urban populated city?

Infection containment can prove to be a challenging task in densely populated urban cities such as Delhi, Mumbai, Bengaluru and Chennai. With numerous places that attract large gatherings such as buses, trains, places of worship, workplaces and places of entertainment such as theaters and malls, limiting close contact can prove cumbersome.

But at the same time, unlike COVID-19, Monkeypox is not an airborne infection and isolating symptomatic individuals, their close contacts and individuals with a history of travel to endemic or outbreak regions is key to containing the spread in urban areas. It is also the responsibility of symptomatic individuals to accurately identify their contacts at household, workplace, education institutes, sexual contacts or social gatherings to help authorities in effective contact- tracing. Triage, Test, Trace and Isolate can be the containment protocol for Monkeypox.

Who is the most vulnerable population?

There is no specific sub-set of individuals who are more likely to be infected with Monkeypox apart from those with immunocompromising conditions such as cancer, organ transplant or HIV. Probability of exposure increases the risk of infection and thus the family, friends and Individuals who have come in contact with the infected persons or their material are the most vulnerable or at high risk of contracting the infection.

What is the incidence of severe disease caused by Monkeypox?

The two genomic ancestors of Monkeypox, clade-I of Central Africa and clade-II of Western Africa, have different severity and fatality rates. While the central African clade has reported 10 per cent fatality, mainly in the second week of illness, the Western African clade has a lower severity and fatality rate. Even the 2003 US outbreak of Monkeypox was contained without any major fatality or hospitalisations due to the healthier populations and better healthcare facilities.

There are vaccines approved by USFDA. Is vaccination effective in providing protection against infection?

Vaccines against smallpox are useful for Monkeypox as the virus is very similar to smallpox. The decision regarding post-exposure vaccination depends on the type of exposure and should be generally made in consultation with public health authorities. CDC recommends post exposure prophylaxis and MVA vaccine in addition to monitoring. The use of ACAM 2000 vaccine may be reasonable for certain immunocompetent patients when MVA vaccine is not available. Pre-exposure prophylaxis to select persons at risk can also be done with the MVA vaccine.

Maharashtra has reported nine cases of Monkey fever. How is Monkeypox different from Monkey fever?

Differentiating between Monkeypox and Monkey fever is essential to prevent panic in the society. While monkeys act as one of the hosts for Monkey Fever virus, Monkeypox was named so due to being discovered for the first time in the colony of monkeys, reserved for research.

Monkeypox on the contrary is the zoonotic disease, with unknown natural reservoirs with possibility of certain rodents (including rope squirrels, tree squirrels, Gambian pouched rats, dormice) and non-human primates, known to be susceptible to be infected with the virus.