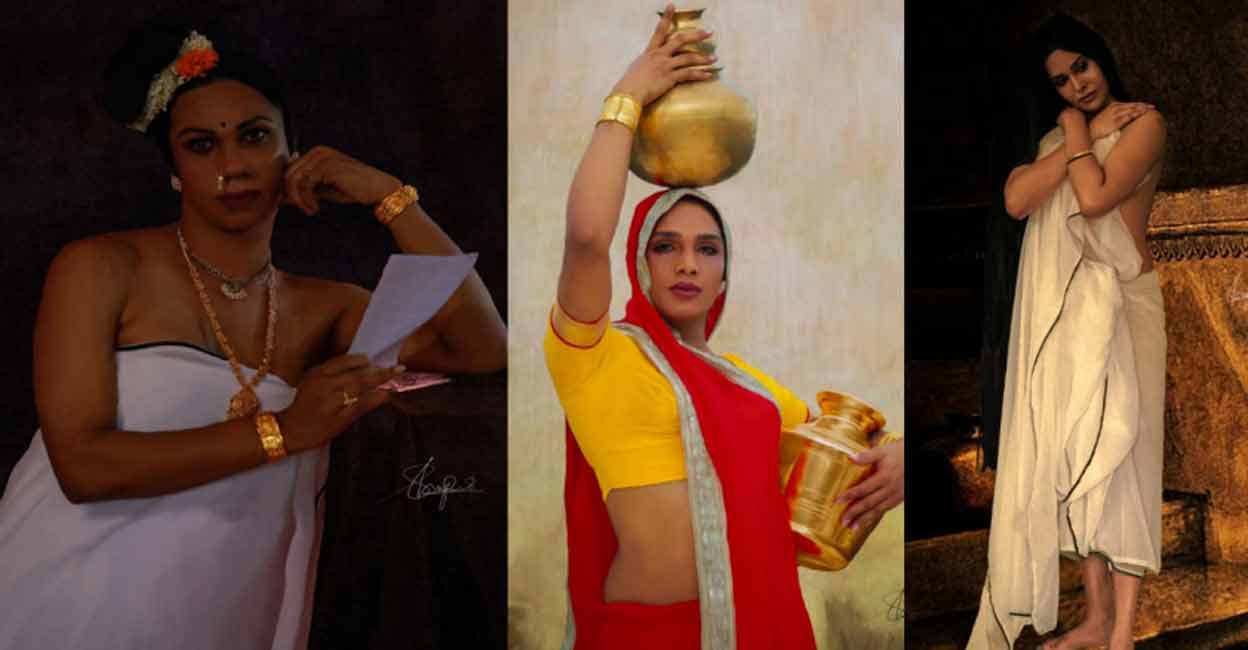 Aimed at upending the conventional beauty concepts, photographer Sharon has conducted a photoshoot with transgender models posing as characters of the famed Ravi Varma paintings. The pictures of the photoshoot have since gone viral on social media.

Sheetal Shyam, Sandra and Honey were the models who posed as characters in the paintings – The Milkmaid, Prema Pathram, Lady with the Lamp, Shakunthala, Lady Taking Bath, Village Belle and Reverie.


Sharon said it is generally believed Ravi Varma paintings depict women with fair complexion and a particular form and that such a notion of beauty is strongly embedded in the general consciousness even today. He said his attempt was to question the problems which stem from such a concept of beauty.

Art, literature, advertisement, television, paintings, cinema, photography and so on cemented this beauty concept. This in turn made the dark-skinned and the gender minorities subjects of derision. That’s what had led to the thought of featuring transgender persons as models while reinventing the Ravi Varma paintings, said Sharon.


“The Ravi Varma paintings have been recreated in many ways earlier and most of them were made to look close to the original. Instead of bringing about a change, such attempts would only strengthen the existing concept of beauty.

“In a social milieu where it is a necessity to keep sending out remainders that fair complexion alone is not the mark of beauty and that we have other genders too amongst us apart from the woman and the man, such existing general concepts need to be challenged,” Sharon said.


While Sheetal Shyam modelled for the paintings, Milkmaid, Prema Pathram, Lady with the Lamb, Honey modelled for Shakuntala and Lady Taking Bath. Sandra was the model for Village Belle and Reverie. The photoshoot was set in the house of activist Purushan Elur. While Manu Gopal and Telbin P K edited it, Jamsheena Mullappattu was was the co-ordinator. Arathi Das and Asha Sundaram were in charge of make-up and styling.