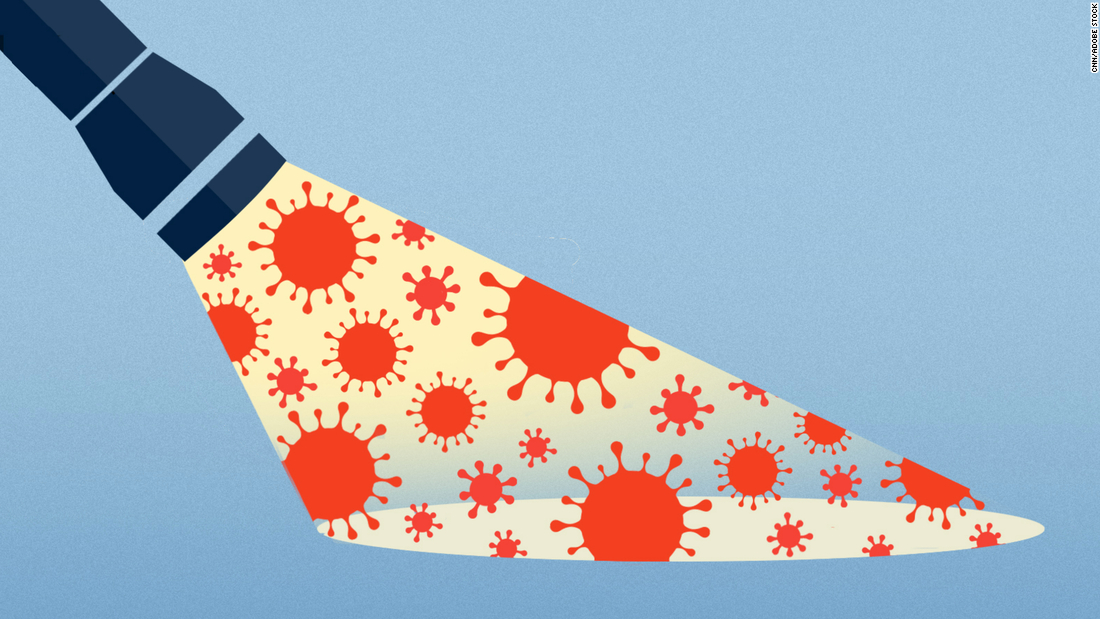 The Omicron offshoot BA.5 became the dominant variant in the US last week, according to data from the US Centers for Disease Control and Prevention, and the subvariant carries key mutations that help it escape antibodies generated by vaccines and prior infection, aiding its rapid spread.

With that will come “escalating numbers of cases and more hospitalizations,” Dr. Eric Topol, a cardiologist and professor of molecular medicine at Scripps Research, said on CNNi Monday. “One good thing is it doesn’t appear to be accompanied by the ICU admissions and the deaths as previous variants, but this is definitely concerning.”

But to look at official case counts, it’s hard to tell.

The share of cases that are officially reported is at an “all-time low,” said Dr. Michael Mina, an epidemiologist and chief science officer at telehealth company eMed. “There’s no doubt about that.”

Covid-19 cases have been undercounted to some degree throughout the pandemic for reasons including a lack of available tests at some points and asymptomatic cases that may have been missed. But as people increasingly rely on rapid at-home tests — and as attitudes toward the pandemic shift overall — the US hasn’t landed on a reliable way to track transmission levels.

An estimate from the Institute for Health Metrics, a research center at the University of Washington, suggests that actual infection numbers in the first week of July have been about seven times higher than reported cases — which have averaged about 107,000 each day over the past two weeks, according to data from Johns Hopkins University.

Before the CDC lifted the requirement for international travelers to test before coming into the country last month, Mina said, it was an “amazing opportunity” to monitor the state of Covid-19 across the US among a group of mostly asymptomatic people. About 5% of travelers were testing positive throughout the month of May, which he says probably translates to at least 1 million new infections every day in the broader US population — 10 times higher than the official count.

Now that BA.5 is here, “we know that there is going to be a wave in the fall — there’s almost no doubt about that — if not before. So you just have to be really cognitive that that is what might happen,” Mina said.

But with so many variables at play, it doesn’t necessarily make sense to compare the current state of things to other points in the pandemic.

“We really don’t have a good sense of what the baseline is,” said Dr. Marcus Plescia, chief medical officer at the Association of State and Territorial Health Officials. “To say ‘here’s where we are, at this time in 2022, compared to 2021’ — that’s not a fair comparison.”

To assess your individual risk of Covid-19 as a new variant takes hold, a personal accounting of cases among friends and family may be a better gauge than official data, experts say.

“People are asking one another, they’re sharing stories, and that’s probably not a bad source of evidence,” said Baruch Fischhoff, a professor at Carnegie Mellon University and founding chair of the US Food and Drug Association’s Risk Communication Advisory Committee.

Our social networks have probably stayed more consistent than national surveillance systems, he said, and “if more people that you hear about in your circle are getting the disease now than were getting it in the past, and the size of your circle is about the same, then presumably there’s much more disease now than there was before.”

At White House Covid-19 Response Team briefings — the most recent of which was held more than two weeks ago — CDC Director Dr. Rochelle Walensky has presented case trends without referencing these important caveats to the data.

Months ago, the CDC shifted away from Covid-19 transmission levels that categorized risk based on case counts and test positivity rates to focus on Covid-19 Community Levels that rely more heavily on metrics related to hospitalizations.

During this winter’s Omicron surge, hospitalizations and deaths didn’t follow the same steep trend line as cases — an important shift from earlier waves of the pandemic.

But the fact that severe outcomes are still happening at all is enough reason to keep paying attention to cases, experts say.

“If we ever got to a state where people were getting infected but it wasn’t causing any severe illness anymore — maybe it’s a new variant that is much less severe, or it wasn’t causing long Covid — if there were no really significant adverse health outcomes, then we would no longer care as much about cases,” said Jason Salemi, an epidemiologist and associate professor at the University of South Florida.

There’s no evidence that BA.5 causes more severe disease, but studies have shown BA.5 can evade antibodies from vaccination or previous infection — even from another Omicron subvariant. Vaccines are still expected to provide protection against severe disease, and for fall, vaccine makers are developing updated booster shots that incorporate Omicron BA.4 and BA.5 strains.

There are treatments available, such the antiviral pill Paxlovid, that sharply reduce risk of death or severe disease. And high-quality masks, ventilation, physical distancing and quarantine and isolation can still help reduce spread from any variant, including BA.5.

But currently, more than 5,000 people are being admitted to the hospital with Covid-19 each day, CDC data shows, and more than 300 are dying each day, according to JHU data.

Focusing on these “lagging indicators” costs “meaningful time in which to start to curb people’s behavior and prevent a lot of morbidity and mortality,” Salemi said.

If 1 in 5 Covid-19 infections results in long Covid and true infections are seven times higher than reported, the number of people with long Covid could be growing by 100,000 each day.

For now, the US is in a “sustained management phase,” with continued efforts to keep things under control compared with “what was much more of a reactive, emergent — and emerging — approach of the past,” Plescia said.

But the federal government recently reallocated resources away from testing because Congress did not approve additional Covid funds, a move that Mina says will leave the US “pretty blind as we move into the fall.”

Some surveillance programs are ongoing, such as wastewater monitoring that tracks the amount of virus present in sewage. But he says they’re “minimal,” and “generally, they’re not really not giving us a good picture of what’s really happening across the United States.”

“We kind of just floated through this major outbreak,” Mina said, referring to previously dominant Omicron subvariants. “But we should not let our guard down, I would say, because with BA.5, I expect it will be a very different story.”